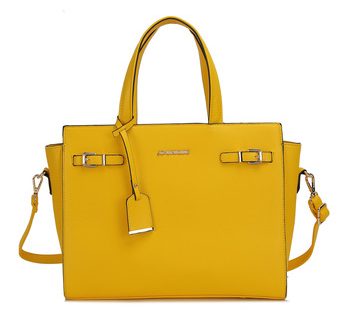 Designer Handbags Worth the Investment

Affordable Shoes for Office and Work

Today I’m going to talk about the top 10 designer handbags that I personally think are worth the investment. I’m going to start off with the very obvious ones that everyone talks about and the most elite bag in the world and you guys can probably guess what it is.

The Hermes Birkin bag was inspired by Jane Birkin who is a French style icon but regarding the investment of the handbag there have been many studies done proving that this particular handbag is actually a better investment than gold sometimes even houses and it’s way less risky than stocks. The value of a Birkin increases by at least 14% every year and the resale prices can be upwards of $250,000. In June 2017, Hermes Birkin became the most expensive handbag at an auction price of $379,261.

Number two is the Hermes Kelly, which was first introduced in 1935 and then renamed in 1956 after the actress Grace Kelly. The price usually retails between $8,000 and $13,000 and can go way higher than that depending on the leathers and the sizing and everything. The reason it is such a good investment is because the resale is usually at least twice the initial price.

Number three is the Chanel flap bag. So there have been so many evolutions and different configurations of the Chanel flap bags. It started off with Coco Chanel introducing the first one in 1955, Karl Lagerfeld actually redesigned the classic Chanel flap that many people love today and that was introduced in 1983. No matter which Chanel flap bags you buy, it is an amazing investment with the more neutral or classic colours like nude and black have the best resale value whereas the bright more fun colours usually don’t sell that well but regardless there has been very little risk in investing in a Chanel bag. I purchased a Chanel jumbo in Black Caviar for $4,000 and already made a very strong profit.

Number four is the Chanel boy bag: a beautiful bag that is very practical it has a design mix between masculine and feminine. It was released in 2011 and the medium-sized started at $2,500 and now in May of 2018 it now retails for $5,200 so that is a huge jump in the price tag but people are so willing to pay it. It retains at least 90% of its resale value so what that means is not only is it an amazing bag but it’s an amazing investment.

Number five is the Louis Vuitton Speedy. In my opinion, this is a very classic and well-loved handbags of all time. There are so many variations of this bag because again it is like the most classic and iconic bag in the history. Almost all Louis Vuitton handbags have a wonderful resale value and I would argue that the Speedy is probably the best. You will be able to resell this bag, and if it is in really good condition you’ll probably be able to get your money back.

Number six is the iconic Louis Vuitton Neverfull handbag which has been around since 2007 and has quickly become one of LV’s best-selling bags. It’s a simple, clean and classic tote, that is unbelievably strong and durable, which is perfect for everyday use, perfect for traveling and also perfect for work. This bag does start around $1,300 so you know for a designer handbag that is pretty good again it totally depends on the size the canvas and the leather. Not to mention the resale value is amazing there will always be somebody out there that will buy this bag from you so if you don’t like it for whatever reason somebody is willing to take it off your hands.

Number seven is Christian Dior’s Lady Dior which was released in 1995 and nicknamed after Princess Diana because she loved it so much she was seen carrying this bag in so many different colours and sizes. Many people would probably disagree with me choosing this bag to be on this list because the resale value is not as good as other bags, however in recent years it has increased in value by 15% which is a really big jump. It has increased in popularity and people are loving the classic design the functionality of the bag.

Number eight is Givenchy Antigone, which was first introduced by Givenchy in the fall winter 2011 collection but it’s quickly become a best-seller and a very well-loved bag. It’s clean, simple and practical it fits so much stuff and very versatile. You can wear a top handle or over your shoulder because it comes with a long strap it does retail at $2,400. The reason it is worth the investment is because of the classic and timeless style. I could see a woman in her 20s, 30s or 40s maybe even your grandmother wearing and loving this bag it’s not going out of style and it is loved by so many.

Number nine is Stella McCartney’s Falabella, which ranges between $700 to $1,000. The reason I wanted to include bag is because I personally think it is a good investment. It’s very recognizable yet somehow it is still understated and it’s actually not really copied that much out there either. I might get one in the future and I do think it’s worth the investment for anybody out there that really does appreciate the brand’s dedication to animal friendliness.

Number ten is the Gucci Dionysus. This bag is an amazing investment because not only does it reflect the old Gucci but it also reflects the new Gucci; a mix of both worlds. Because of the extreme popularity of this bag, there are so many different colours and variations. I personally have the wallet on chain and the emblem right here is where you can tell that it is a Dionysus bag. The retail price is all over the map but because this bag does mix the old Gucci with the new Gucci that is why I do think it will withstand the test of time.